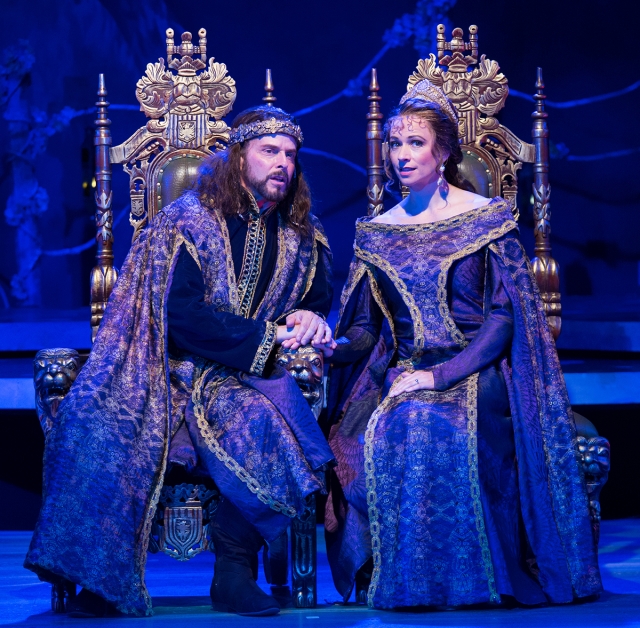 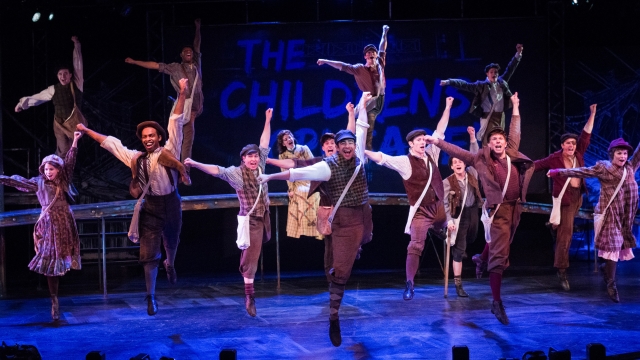 Some of the lavender artists and friends who have co-created and are co-creating at Chanhassen Dinner Theatres shared their thoughts about their empowering experiences there. Here goes:

Actress Alyssa Seifert: “CDT has literally given me my career. They trusted me to join a show (The Little Mermaid) on short notice, and have since then provided me with the work that made me a member of Actors’ Equity. Beyond that, I’ve gained a second family, life long friendships, and an opportunity to do what I love for a living. I’m truly thankful and excited to be a part of CDT’s 50th Anniversary Season in Holiday Inn later this year.”

Actor Kole Nelson says, “I am a newcomer to the Chanhassen Dinner Theatre and it has absolutely been a blast! I started out as a ‘newsie’ (in Disney’s Newsies), but made a brief two week debut in Sister Act. The thing I value most about working at Chanhassen is that they truly treat you like family. There is no end to the amount of support that lives within the walls of that space. You never go a day without feeling as though you are supported by every single face you see. I also really enjoy the work ethic. The cast, the directors, the choreographer, the musicians, the technicians, etc. All work so incredibly hard to produce their personal bests!”

Actor Kasano Mwanza declares, “When hard work meets opportunity, one that affords you four to eight months of work at Chanhassen Dinner Theatres, you fasten your seatbelt! As one of the only theaters in the Twin Cities with contracts longer than two to three months, you learn the true meaning of sustaining your performance. I have to confess that the real magic is the energy amongst the actors, inside the dressing rooms, in and around the kitchen, always with employees, and its omnipotent quality.”

Mwanza adds that “what really sets this theater apart, and what I’ve come to appreciate while working at CDT, is the familial energy and the family you gain throughout the process. From Day One, Michael Brindisi, Tamara Kangas-Erickson, and the full team invite you into their family. The production process evolves into a family creating magic for the thousands that roll through this theatre. Together, we create for those who save up to relive the full CDT experience, for those who come back to share the experience with family and/or friends, and definitely for those who choose to experience it for the first time.”

Tamara Kangas-Erickson, CDT’s acclaimed choreographer isn’t gay, but she has been a brilliant collaborator and developer of gay talent. She shares, “I have worked off and on at CDT since I was nine years old, so I truly can’t remember when inclusion and acceptance weren’t a part of my world. With that said, one of the things about the arts, particularly live theater, is that it feels like a haven—a supportive family, and environment where one cannot only be themselves but can thrive and be celebrated!”

Actress Michelle Barber, also not gay, is a beloved leading actress at Chanhassen, as well as the Guthrie and Jungle Theaters. She shares, “Chan has always been a welcoming venue to all, without judgement. It has never crossed my mind that a scene went well or my wig looked magnificent because the artist working with me was gay, just talented. And shouldn’t that always be the way it’s seen?”

Actor John Command enthuses, “Laughing… dancing… Chan is just so dear to us all!”

For information on the current production of Disney’s Newsies and the Concert Series, go to www.chanhassendt.com