Happy Holidays from “The OutField”

A new year is right around the corner. Pausing to look back and consider our blessings is a time-honored tradition, as much a part of the holidays as regifting fruitcakes, and smirking at carols that command us to “don our gay apparel.” As “The OutField” nears the end of its first year, let’s look back at the men and women who make the gay sports world such an exciting, alluring, and fun place to be. 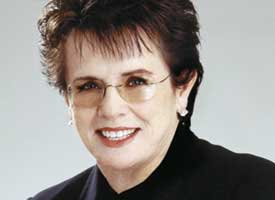 We’ll start with out professional athletes. The list of big names, while still woefully short, is studded with men and women we can admire: Dave Kopay, Billie Jean King, Martina Navratilova, Greg Louganis, Esera Tuaolo, Sheryl Swoopes, and John Amaechi. Let’s hope, a year from now, that we can rejoice in the first openly gay American male athlete currently playing on a professional sports team. And then, the second, third, and fourth.

We honor, too, the hundreds—probably thousands—of less renowned, but equally important, young women and men who quietly and courageously are openly gay on their college and high school sports teams. Cross-country runners, soccer strikers, lacrosse middies, water polo goaltenders, football linemen, softball catchers—you name it, they’re out there. Accepted by their teammates, these pioneers are altering their coaches’ perceptions of them, while advancing their sports and all of American society. We don’t know their names, but then again, we don’t have to. Neon lights are not the only way to shine.

Let’s not forget the out coaches among us—myself included. We know that while our sexuality is only a small part of who we are, it is important. Our impact on all the athletes we work with—straight, gay, and questioning; on and off the field; today and for the rest of their lives—is profound. The word “coach” has many meanings, and teaching young people how to block, kick, and dribble is a far less important one than helping them learn how to think, act, and contribute to the big, wide world.

We definitely appreciate our straight allies. In the sports world, they take many forms: athletes who speak up in outrage over bigoted statements by ignorant teammates; readers who wrote encouraging e-mails to Los Angeles Times sportswriter Christine Daniels when she transitioned from male to female; former National Football League President Paul Tagliabue, who is not just the father of a gay son, but also a passionate PFLAG dad; and marketing executives who go beyond paying lip service to their gay fans, and actually celebrate them. Gay men and lesbians aren’t the only folks who understand that “gay sports” is not an oxymoron—our straight allies get it, too.

Every sport has its own governing body. I’m in awe of the time and effort so many gay men and lesbians put toward planning tournaments and events for the rest of us. It has reached the point that an umbrella organization—the Gay and Lesbian Athletes Association—can sponsor conferences, respond to media queries, and act as a clearinghouse for all the rest of our disparate groups. Sure, we’re not always happy about the competing Gay Games and OutGames. But it’s a lot better than having no games at all.

One thing very cool is that athletes are hot. Male swimmers, female bodybuilders, football players sweating in the hot sun, and hockey players sweating on the ice—they’re all eye candy. We are glad we can enjoy—and admit we enjoy—gazing at men and women who work hard to look good, who revel in their attractiveness, and who are winners on more than the scoreboard. Who needs the Sports Illustrated swimsuit issue when we’ve got <Outsports.com>?

Finally, “The OutField” is grateful for you. If you’re reading this, you’re part of a vibrant, exciting community. You understand the importance of sports as part of our broader GLBT community. You know the value of competition, the thrill of victory, and the agony of de feet after a hard day on the court, field, or diamond. You don’t care whether your teammate, opponent, referee, favorite athlete, or most hated rival is gay, straight, polyamorous, or asexual. All you want is to run, jump, swim, throw, or catch—or cheer for those who do.

You can have a seat at my holiday table any day of the year.

Dan Woog, a journalist, educator, soccer coach, and gay activist, is the author of the “Jocks” series of books on gay male athletes. Visit his Web site at <www.danwoog.com>. He can be reached care of this publication, or at <[email protected]>.