GLAF Supports Acceptance for All

This fall, Mac Chisaboon fielded an anguished e-mail sent to the Gay & Lesbian Athletics Foundation (GLAF)—<www.glaf.org>. As founder of the organization, which promotes visibility and acceptance of GLBT athletes at the professional, amateur, and recreational levels, he was used to queries from closeted players. But this was different. 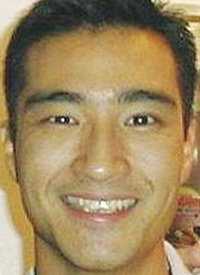 It came from the father of a gay rower. His 17-year-old son was applying to college, and the man wanted to know how he could help. He was very supportive of his son. He recognized that whether the young man was out to his teammates was a personal decision. But he wanted to make sure that wherever his son went, the environment would be safe, and he could be himself.

Advisory board members leaped to respond. A Brown University graduate contacted a former fraternity brother about his alma mater’s program. He told the rower’s father that Brown was “almost assuredly” welcoming; as far back as the early 1970s, it had gay rowers, even a gay assistant coach. Someone else offered to call college coaches directly. Other respondents passed along names of gay rowers and coaches for the father and son to contact themselves.

To Chisaboon, the quick, insightful replies were “a good example of how we can leverage the great talent, the years of personal experience, that gay athletes have, in order to help others.”

That help was on display when former National Basketball Association player Tim Hardaway spoke derisively of John Amaechi’s coming-out. GLAF fired back with a press release.

NBA Commissioner David Stein’s decision to bar Hardaway from participation in All-Star Weekend activities was, according to GLAF, “an appropriate ‘first step’ toward ridding the league of such inexcusable ignorance within its ranks.”

However, GLAF advised, “The NBA and others should actively speak up against such overt homophobia at every opportunity, whether it occurs in an interview, in the locker room, or on the court. We often look to sports stars as heroes and role models, particularly when they have overcome substantial barriers to their success. GLAF hopes that today’s youth can see beyond Hardaway’s hateful rhetoric, and instead make sport a better meritocracy where we all can play according to one’s ability, regardless of other factors. This, after all, is the very thing we love about sport.”

Chisaboon notes that “sports has huge ramifications on how people—including youths—see the world. If GLAF can utilize our knowledge base, we can help become a mechanism of social change.”

It has taken eight years for Chisaboon to develop that mechanism.

In 1999, as an MBA candidate at the Massachusetts Institute of Technology, Chisaboon joined students from Harvard and Boston University to form the Boston Bay Blades, a gay and lesbian rowing group. As the Blades met GLBT squash players, tennis players, flag football players, and bowlers, they formed PrideSports Boston, an umbrella group. Around that time, a panel discussion at Harvard on the topic of gay sports drew a packed house. Chisaboon and others decided to build on the energy created by organizing a New England-wide group.

Their board soon mushroomed beyond the region. By 2003, when they hosted their first conference at MIT, GLAF had become a national organization. A second event was held a year later. In summer 2006, GLAF sponsored panels at Outgames in Montreal and at Gay Games in Chicago. GLAF also ran a train-the-trainer session at a conference on counseling athletes at Springfield College.

That’s a lot of work for a group run entirely by volunteers. GLAF has no directors, no staff, and no fund-raising.

“We’re strictly an educational organization,” Chisaboon says. “It’s all about giving athletes an opportunity to network and connect with each other.”

Recently, a basketball player e-mailed Chisaboon. She wanted a job in the gay sports world. He told her that no such position is available yet—but one might be in the future, and it could be with GLAF.

“She has the mind-set and experience to help take us to the next level,” Chisaboon observes.

A real estate developer and broker, as well as a former consultant to the Young Presidents’ Organization, Chisaboon knows his way around a company boardroom.

“Corporations are open to sponsorship,” Chisaboon insists. “They know the importance of aligning themselves with something like this.”

Something, that is, reaching not only GLBT athletes, but also folks like the father of a 17-year-old rower who wants to be sure his gay son can be himself in college.