Get Up and DANCE

Despite its harsh
climate, Minnesota is ranked fourth in terms of overall fitness, just behind Massachusetts. Perhaps one of many reasons for our physical well-being is our love affair with dance. Not a weekend goes by that one can’t drop in on a tango night at the Black Dog Coffee and Wine Bar in St. Paul, get free swing dance lessons at the Wabasha Street Caves, or salsa solo at Babalú. 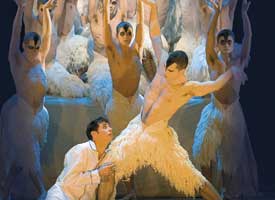 Such appreciation for the art has given birth to a wealth of dance troupes throughout the area, staging anything from ballet to flamenco. One local claim to fame is a group that remains one of the only professional international dance companies in the United States: Ethnic Dance Theatre (EDT). Under the artistic direction of Donald LaCourse, the company performs more than 300 programs each year to the tunes of their very own folk orchestra. A schedule of upcoming performances—which frequently include traditional dances from Bulgaria, China, Croatia, Germany, the Czech Republic, Poland, Romania, Hungary, and Tibet—is available at <www.ethnicdancetheatre.com>.

Ragamala Music and Dance Theater, unlike EDT, has decided to focus its ensemble on one south Indian form: Bharatanatyam. Outside of the Southern Theater in Minneapolis—one the company’s usual haunts—they have also performed at the Miao-Li International Mask Festival in Taiwan, and the Open Look Contemporary Dance Festival in St. Petersburg, Russia. For more information about Ragamala or its dancing school, visit <www.ragamala.net>.

Another style-focused group is Twin Cities Chinese Dance Center, online at <www.yangdance.org>. Artistic Director Mr. Qiang Yang received his professional degree from Beijing Dance Academy, where he studied under both Chinese masters and artists from the British Royal Ballet. His expertise shone brilliantly at the Chinese Dance Center’s 2006 Fringe Show A Dragon Odyssey, which was selected as one of the best performances of that year’s festival.

Fans of ballet also have an absolute wealth of performing groups in the Twin Cities, from the traditionalists to more experimental companies. A Twin Cities fixture for the past fifteen years, James Sewell Ballet is one of the latter, bringing the art form into the new millennium with challenging and innovative choreography. The company has performed with the Twin Cities Gay Men’s Chorus, the Minnesota Orchestra, and the St. Paul Chamber Orchestra, and has graced stages across the country. Visit <www.jsballet.org>. 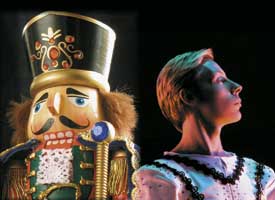 With more than forty years under its dance belt, the Minnesota Dance Theatre delights audiences with anything from a traditional Nutcracker choreographed by founder Loyce Houlton to experimental collaborations with Nautilus Music-Theater. Grooming a new generation of dancers is also part of the venerable organization, and its dance institute offers some of the best classical and contemporary training in the Midwest. Visit <www.mndance.org>.

Ballet Minnesota, founded by Artistic Director Andrew Rist in 1990, has the distinction of being the first ballet company in the state to present a full-length Swan Lake, in 1996. Past seasons have also seen classics like Giselle alongside River Songs, a collaboration between Rist and songwriter Charlie Maguire. Visit <www.balletminnesota.org>.

Similarly, Ballet of the Dolls plants one foot in traditional ballet, but extends a lovely tendu into the realm of mime, theater, and jazz. Presenting original works in its new home at the Ritz Theater, it has drawn an ever-growing audience of devotees. One can expect traditional ballet, to be sure, but always with a twist…à la their Giselle—In Boogie Wonderland. The group maintains a performance calendar at <www.balletofthedolls.org>.

Zenon Dance Company, however, presents a departure from traditionalists of every form, blending modern with jazz dance. As Artistic Director, Linda Andrews has made it her mission to bring on more than 30 of the most talented contemporary choreographers, including Bebe Miller and Doug Varone. With more than 25 years of performances, Zenon has earned rave reviews from The New York Times, Village Voice, and Dance Magazine, as well as publications throughout the Twin Cities. Information about performances and classes is available at <www.zenondance.org>.

A relative newcomer to the Twin Cities, Ananya Dance Theatre arrived in 1998 from its previous residency in New York. The perfect blend of traditional and contemporary, and heavily influenced by yoga and Kalarippayattu, Ananya takes a considerable amount of inspiration from the women’s movement and social justice issues. With a highly trained company made up entirely of women of color, their performances are absolutely breathtaking. More information about this group is available at <www.ananyadancetheatre.org>.

Erik Sanborn is founder and Artistic Director of the Twin Citie’s newest (2002) dance group, Metropolitian Ballet. There 2007 season concluded with the world premiere of Nutcracker The Rat King. Visit <www.metroballet.org>.

It sadly would be impossible to list every deserving dance organization, but it is testament to the Twin Cities’s continued commitment to the arts that so many exquisite companies are able to thrive here. With myriad out there to choose from, it can sometimes be best to start with a good venue like Southern Theater, which is a dance hotspot. Almost all the Twin Cities favorites perform there, as well as touring productions from all over the world. Visit <www.southerntheater.org>.