The music scene in the Twin Cities has become one of the premier stops for up-and-coming acts has it is for the megastars themselves. And its no surprise either, the area has more musical venues in one block than it does seasons. Some of the more notable of these venues come with history as well. 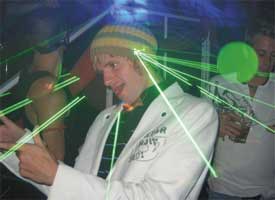 It has been through threatened closures, fires, and Purple Rain, but First Avenue (and its attached miniclub, 7th Street Entry), soldiers on, creating new generations of black-clad hipsters, beat-crazed dance lovers, and plain-old music fans. With an eclectic weekly schedule that mixes dance parties with DJ-led evenings, and live acts that touch the width and breadth of the music world, First Avenue has something for every music lover. Add in nearly 40 years as a venue (not to mention the decades it was a bus depot) and First Avenue almost reeks of history. Don’t shortchange the Entry—many local acts got their start on its tiny stage, while hordes of up-and-coming acts first plied their musical wares in the Twin Cities there. And some of us, 20 years on, still kick ourselves for missing Jane’s Addiction’s area debut way back in the dim 1980s. <www.first-avenue.com>.

Though it celebrated its 20th anniversary late in 2007, Fine Line Music Café is not about to rest on its laurels. Instead, the warehouse district venue continues to offer an eclectic mix of musical styles and acts—both local and national—for eager music fans. It has gone through numerous changes and challenges over the years—including a 2003 fire that forced a complete renovation—but the dedication to the best in contemporary music has remained. <www.finelinemusic.com>.

Perched at one of the busier intersections in South Minneapolis (Nicollet and Franklin), Acadia offers live theater and original music. On the later, they proudly declare, “no cover songs allowed“. Like so much of the Twin Cities music community, there is an eclectic, almost eccentric air about the acts at the Acadia. Many a GLBT-friendly act has tred the stage—not to mention tons of talented locals and off-the-wall touring acts. The venue plays host to regular shows by DEMO (Diverse Emerging Music Organization), which brings in new performers to showcase their talents. And for a few bucks cover charge, you can hear a set of completely improvised music, the acoustic soul stylings of Chastity Brown and the Sound, or a singer-songwriter you have never heard before, but who could change your life. And isn’t that just right for a coffee shop? <www.acadiacafe.com>.

Three longtime Hennepin Avenue venues have banded together in the District, bringing a mix of touring acts and touring Broadway shows to Downtown Minneapolis. This includes not just musical acts from numerous genres and eras, but stand-up comics, special theatrical events, and even highly entertaining lectures. The District includes the State, Pantages, and Orpheum theaters, all of which have long histories in the local entertainment and arts community and—all of which continue to bring in the best artists of all shapes and sizes to the Twin Cities. <www.hennepintheatredistrict.org>. 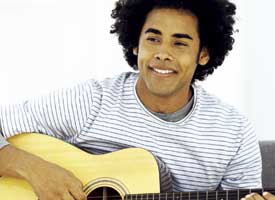 Funky Uptown deserves a live venue to match the neighborhood’s character. Bryant-Lake Bowl (BLB) does that, and then some. This combined bowling alley/restaurant/bar/venue offers a bit of something for even the most ADD of audiences. Want to get an entire evening of entertainment in one place? Well, come in for a drink, stay for dinner, bowl a few games, and then take in a show or a concert. BLB features live theater and musical acts (sometimes on the same bill). There are also film and video presentations, plus special events that defy easy description. It also has bowling for those of you looking for a different bit of fun on a slow evening. BLB offers shoe rental, a spring league, and tips on how to play a most-different game (such as using the opposite hand for a frame; or tossing the ball as gently as possible, but still knocking over the pins). <www.bryantlakebowl.com>.

Sure, you have to hike all the way out to Columbia Heights (for the geographically challenged, about 20 minutes outside of the Twin Cities, to the north), but this massive nightclub (capacity 4,000 that’s—a lot of new friends to meet) has a host of amenities, from seven bars to numerous special and VIP spaces to—I know it is hard to believe—free parking. You can also catch a wide variety of events—special dance evenings, eclectic newcomers, long-in-the-tooth rockers, and more than a few surprises along the way. <www.mythnightclub.com>.

The cabaret embraces its name by providing two weekends a month of varied entertainment that, according to their mission, reaches out to artists of color, the GLBT/queer-identified community, and those with disabilities. This wide-open approach allows artists truly to explore their craft, presenting experimental works and pieces that are still in progress. The performances neither stick to a single genre nor to a single form, as they may include music, theater, dance, spoken word, and other ways to bring art to the soul. <www.patrickscabaret.org>.

One cannot forget two of the biggest stages in town for musical acts that need to draw, lets say tens-of-thousands of people. The Target Center and the Xcel Center have played host to some of the biggest acts in the past few decades, and there seems to be no stop to this tradition.

The Twin Cities is on the grow, and so is the music scene. 2008 is just beginning and already some of the today’s biggest acts have planned stops here. Some of the newest and best up-and-coming acts are playing here as well, so lets not regret missing another Jane’s Addiction type debut.