Family of the Year The Reitans

In times of crisis and in times of joy, a family comes together and rises like a phoenix, overcoming its struggles as a united force. The Reitan family—father, Philip; mother, Randi; children, Britta, Josh, Ben, and Jacob—have faced personal, public, and political battles that have made them stronger than ever. The obstacles and the triumphs have brought them to a point where they can take on any challenge. 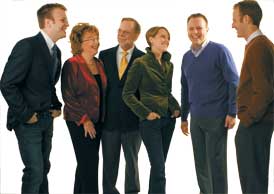 It’s hard to miss a Reitan. If you haven’t met them at a rally, a protest, or a fund-raiser, you may have seen them at a showing of Daniel Karslake’s film For the Bible Tells Me So. The critically acclaimed documentary confronts the misuse of the Bible to condemn homosexuality, and follows five families of faith with gay children. Alongside notable names like Chrissy Gephardt, daughter of former US House Minority Leader Richard A. Gephardt and his wife, Jane, and Bishop V. Gene Robinson, the first openly gay bishop of the Episcopal Church, the Reitans talk about their journey of acceptance.

What makes the Reitans’s profile so compelling is how a quiet Lutheran family from the Midwest had their lives transformed in the blink of an eye. While the world at large can follow their story from the comfort of a theater seat in less than two hours, the real story started 10 years ago, and continues to unfold to this day. As a 15-year-old sophomore, Jacob, the youngest of four children, first came out to his sister, Britta.

Jacob recalls, “My sister was home from her first year at college. It was tremendously difficult for me to actually say I was gay. I think it is for anybody the first time they come out. The act of doing so can feel like such a Pandora’s box event. But despite my struggle to actually say the words, I felt safe, because I knew my sister would be supportive of me. Time and again, before my coming out, she made statements to me and others in support of gay rights. In retrospect, those statements were so important in making me feel safe in my own skin.” 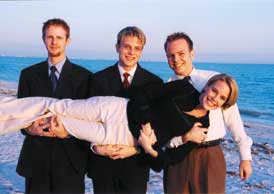 “We had talked a bit about homosexuality at the dinner table. Jake knew he would always have our love and support, but it was not an issue that we had ever dealt with before he told us,” Randi remembers.

It took a year before Jacob came out to his parents. They embraced him, but their first reactions were difficult. For Philip, it seemed like all his dreams for Jacob had been shattered. Randi cried, and then headed to the bookstore to learn more. They both went to psychologists, psychiatrists, pastors, and doctors.

“We met with a pastor who said that Jake would have a dark, sad life,” Randi recounts.

The struggle didn’t stay private. Even before Jacob had come out publicly, vandals had left their hateful marks by smashing his car window, throwing rocks through the window of Philip’s law firm, leaving raw eggs in the family mailbox, breaking lampposts in front of the home, and chalking a slur on the driveway.

“I didn’t go to sleep at night until Jake’s car was in the garage,” Randi admits. 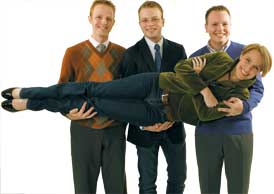 Randi and Philip have made their support public through newspaper commentaries, regular participation in Pride events, and protests. They have attempted to deliver a letter to a Catholic bishops meeting in Minneapolis, and traveled to Rome to protest at the Vatican.

In total, Randi and Philip have been arrested eight times. Two of the arrests were at Brigham Young University (BYU) in Provo, Utah, and the US Military Academy at West Point, New York, in demonstrations rooted in the principle of civil disobedience. The arresting officer at BYU told Philip that he was a class act. At BYU, Jacob read aloud a stack of obituaries, each representing a student who had taken his or her life out of an inability to reconcile orientation and faith.

“Parents are taught to not accept their children,” Randi explains.

Randi and Philip participate in demonstrations to support Jacob, but also do so for other families who need voices of acceptance to beckon them away from destructive influences in conservative Christian culture.

“You do the arrests so the students see loving, accepting parents,” Randi says.

“My siblings and my parents each take a role in the fight for gay rights,” Jacob stresses. “Whether it is getting arrested in a public demonstration for gay rights, attending a gay rights rally, giving to a gay rights organization, or marching in a gay rights parade, they each do their part. And as a gay person, when society at times makes me feel like a second-class citizen, it is so wonderful to know my family has my back.” 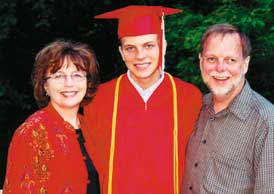 The cinematic climax of For the Bible Tells Me So comes when Randi, Philip, and Jacob visit the conservative organization Focus on the Family, headed by Dr. James Dobson. It promotes a strict message telling parents of gay children not to accept homosexuality. The Reitans wouldn’t stand for such a message they believed was destructive to families. With a heartfelt letter in hand, the three stepped onto the group’s Colorado Springs, Colorado, property, only to be arrested promptly on the charge of trespassing.

Jacob began working in activism while still attending Mankato West High School by starting the first Gay/Straight Alliance at the school. He has expanded his mission from the walls of a small-town high school into cities all over the country by founding the Soulforce Equality Ride. Inspired by the civil rights activism of the Freedom Riders in the 1960s, he launched the bus tour that targets conservative campuses, and attacks ideological barriers through nonviolent demonstrations and dialogues. In its first year, the Ride hit 19 campuses. This year, it took an impressive journey to 32 campuses. 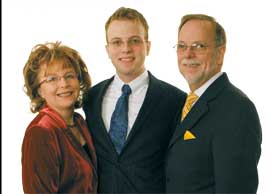 The Reitan family has been all over the map, their schedule this year a whirlwind of promotional appearances taking them to New York, Los Angeles, and the Sundance Film Festival. Most importantly, Randi and Philip have attended screenings of For the Bible Tells Me So in Midwestern cities like Fargo, North Dakota, and Columbus, Ohio, where it enjoyed a special two-night run. One showing alone drew an audience of more than 500 people. Considering that given the opportunity to vote to support gay marriage, a majority of Ohio voters said no, the location seemed ideal. The Reitans believe it’s important to reach those who haven’t heard the message, or choose to spread pervasive ignorance in the name of the Christian faith.

“They’re the ones speaking the untruths,” Randi emphasizes.

“They’re the ones who need to see it,” Philip adds.

After showings, it’s not unusual for audience members to line up waiting to meet the Reitans.

“They were moved to tears, and it was heartwarming to visit with them,” Randi shares. “There was one gay man who wanted to hug me just because I was a mother.” 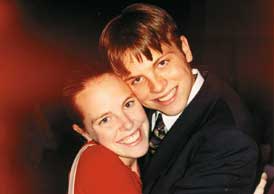 The Reitans hope to bring the message closer to institutions of faith, where many of the untruths are entrenched. In the six years leading up to the most recent churchwide assembly of the Evangelical Lutheran Church of America (ELCA) this summer in Chicago, they fought for measures that would move toward acceptance, including lifting the ban on openly gay clergy and gay marriage. Despite all the hard work, those measures didn’t pass.

“We worked very hard as Lutherans to make a difference,” Randi points out. The Reitans since have left the ELCA—it became too much. Randi wonders, “How can you sing songs of justice as a congregation, and not live them?” But leaving the church shouldn’t be confused with abandoning faith. “My faith has been strengthened by my journey,” Randi states. Randi and Philip visit services and attend church events all over the Twin Cities. “There are many wonderful people who remain in the church,” Philip notes.

Jacob’s Equality Ride is a part of Soulforce, an interfaith organization that incorporates nonviolent resistance in response to religiously based discrimination toward the GLBT community. Equality Ride is run by Soulforce Q, the young adults division of the organization. Soulforce cofounder and president Reverend Dr. Mel White first met the Reitans in 2001 at an ELCA National Assembly in Indianapolis.

“We believe in taking it to the streets,” White relates. “Too often, these churches talk about us like we don’t exist.”

As well as working with Jacob as an activist, White is also his mentor and godfather

“Jake is the future of our movement,” White enthuses. “He’s a symbol of people who refuse to be quiet. He’s a person of faith, and he’s an activist. Jake is unique in that he calls people to faith and justice.”

Jacob, a graduate student at Harvard Divinity School, takes every issue directly to the core audience. When he took on the military’s Don’t Ask, Don’t Tell policy, he brought his Right to Serve campaign to recruitment centers by attempting to enlist as an openly gay man. 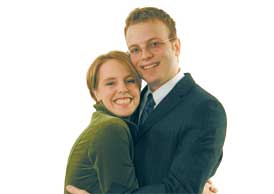 As Jacob watched each of his three siblings tie the knot over the past two years, the issue of gay marriage hit home for him and his family. He served as best man for his brothers and man of honor for his sister. His siblings long for the day that Jacob can enjoy the same privileges as they do, and they speak out whenever they can.

“My heart was full of joy watching them marry the person they deeply loved, but I also cried, knowing that my youngest son could not do what they were doing,” Randi reveals. “All people should be able to marry, and share their love.”

“The whole family is passionate about this issue,” White points out.

The option of civil unions instead of civil marriage establishes an unnecessary and inherently unfair distinction, according to Philip: “There’s no reason for it, unless on some level, they’re saying it’s not equal.”

Looking back, Jacob concludes, “I know how lucky I am to have such tremendous support from both my parents and my siblings. Ever since I was a baby, my parents were an advocate for me. They supported me in all I did. They worked to see that my dreams and hopes could be realized. Therefore, it is not surprising that after they came to accept the fact that I was gay, they also become gay rights advocates. When a pastor, a politician, a church, or a community takes an antigay stand, my mom and dad take it personally. Their protective instincts kick in. For my parents, it’s not just an issue—it is their son’s humanity on the line, and for that cause, there is little they would not do.”

As 2007 comes to a close and 2008 approaches, the Reitans look forward to the future with hope. For the Bible Tells Me So will be coming to their former hometown of Mankato, and Randi and Philip will be speaking at a human rights forum in conjunction with the screenings. The invigorating life of activism, faith, and family embraced by the Reitans have made them an unstoppable force in the realm of religion and the world at large.