The 30-year-old Astraea Foundation for Lesbian Justice is the world’s only lesbian-led feminist foundation focused on both US and international rights for lesbian, gay, bisexual, transgender, and intersexed people. Astraea now is represented in Minnesota. You have an opportunity to learn about the foundation and contribute to it during a fund-raiser on April 6. 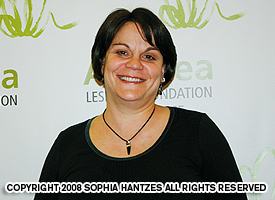 One may think of foundations dedicated to activism as focusing on traditional political activism, but Astraea takes a broader view. Unlike many progressive organizations, it has a palpable and weighted commitment to the arts, providing critically needed financial support.

The Astraea Visual Arts Fund supports lesbian visual artists, and the Astraea Lesbian Writers Fund has given more than half a million dollars over the past 11 years to emerging lesbian writers of fiction and poetry.

Astraea’s New York-based Communications Director, Jennifer Einhorn, explains, “People come to activism in different ways. Not all activists stand with placards and signs at protest rallies. At Astraea, we nurture and celebrate all different kinds of activism. We recognize the deep impact and power that art has in creating and sustaining social change.”

Einhorn cites some of Astraea’s accomplishments:

• Supporting a group in Thailand to make sure that homosexuality no longer is deemed a mental illness there.

• Assisting the Queer Women of Color Media Arts Project, based in San Francisco, which facilitates workshops for women of color who otherwise would have lacked access.

• Doing outreach to queer people in Appalachia who suffer the brunt of Bible Belt bigotry.

Astraea local board member Louisa Hext, who is hosting the benefit on her 43rd birthday, shares, “By promoting a strong, consistent, and well-informed community of grantees and donors, Astraea’s work can extend beyond grant-making to include education, advocacy, and collaboration.”

The fund-raiser includes a live performance by Chastity Brown and a silent auction.