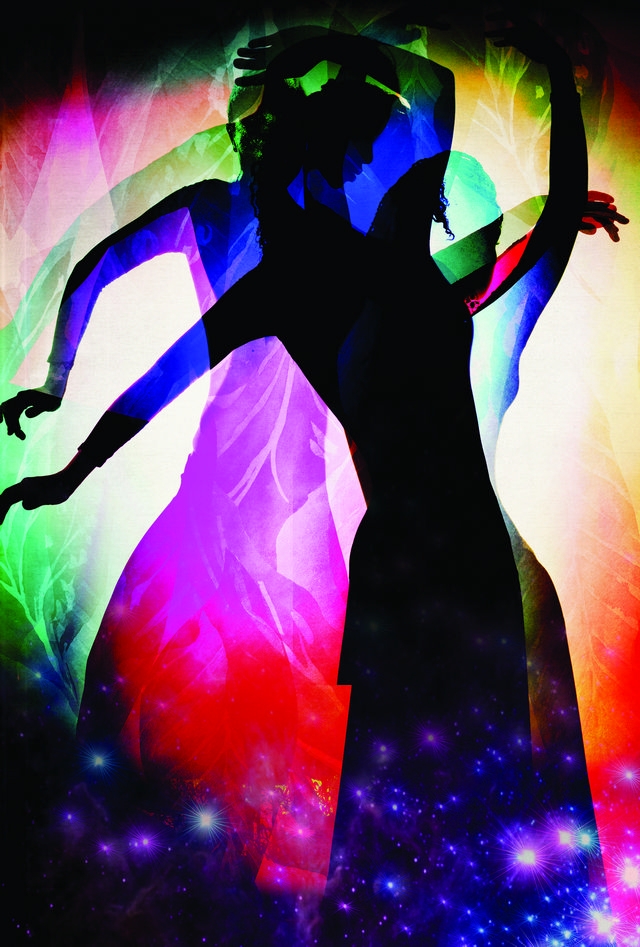 For Colored Girls Who Have Considered Suicide When the Rainbow is Enuf
Sept. 20-30
Penumbra Theatre, 270 No. Kent St., St. Paul
651-224-3180
www.penumbratheatre.org
It remains Ntozake Shange’s most well-known play, though she also refers to it as a “choreopoem”. This is a sign that For Colored Girls is a drama with lyrically poetic language, which can be enhanced by lyrical physical movement. It lends itself to imaginative physicality if addressed. So you can bet Penumbra Theatre will deliver on that because of choreographer Ananya Chatterjea. Her Ananya Dance Company has shaped a sterling reputation for intense and intimate all-female dance works.
Penumbra founder and the production’s co-director, Lou Bellamy, is one of the most accomplished of living directors for mining the deep undercurrents of African-American plays. The other co-director is his daughter Sarah, who now holds the position as Penumbra’s Artistic Director. Penumbra is unsurpassed in its record of powerful productions of African-American drama. 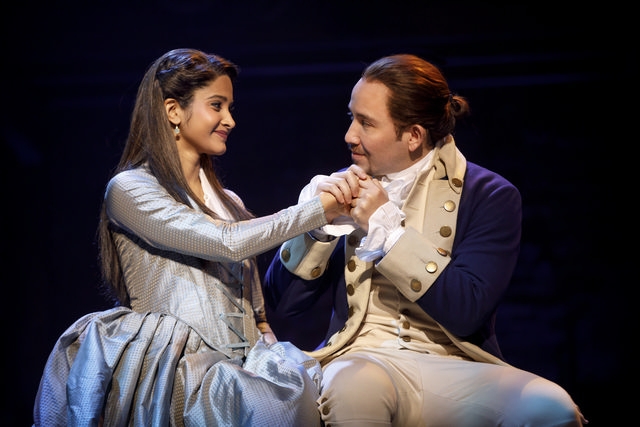 Hamilton
Through Oct. 7
Orpheum Theatre, 910 Hennepin Ave., Minneapolis
800-982-2787
www.HennepinTheatreTrust.org
Alexander Hamilton’s personal rise may be one of the most remarkable of its time, if not all time. He was an orphan, born out of wedlock in the West Indies and believed by some historians to have been of mixed race. Raised by a merchant, he would go north, and become an aid to Gen. George Washington in the Continental Army. Perhaps because of his turbulent and challenging childhood, youth, and early manhood, the die was cast for Hamilton to ultimately take his place in history as one of the strong personalities who would become the Founding Fathers of the United States. It seems to have been his destiny.
When Washington became President, Hamilton became the leader’s and, therefore, the nation’s first Secretary of the Treasury. He was a core author of the Federalist Papers (with John Jay and James Madison) in which Hamilton, among other points, advocated a one-man chief executive. He was a fierce nationalist, and firmly opposed the French Revolution’s Jacobinical extremism.  A military strategist, he wanted to mobilize against the French First Republic, but was thwarted by President John Adams. An interesting paradox is that Hamilton has been embraced by today’s progressives because of the founder’s own affinity to progressive values particular to his time. But ironically, today’s progressives are often thought to be more aligned the French ethos than Hamilton would have ever sanctioned.
In 2016, Lin-Manuel Miranda’s musical, Hamilton, won 11 Tony Awards and the Pulitzer Prize for Drama. This year it won the Olivier Award for Best New Musical. Miranda’s 2008 Best Musical Tony-winner, In the Heights, tested traditional Broadway limits with the sound of rap and salsa. Hamilton’s score mixes hip-hop, jazz, blues, rap, R&B, and traditional Broadway show tune style. You can now see this production on stage at the Orpheum.
Gore Vidal’s historical novel, titled Burr, one of the seven books in his magisterial Narratives of Empire series, is perhaps the most widely known book on Alexander Hamilton to GLBT readers. Miranda adapted his book for the Hamilton musical from Pulitzer Prize-winner Ron Chernow’s biography titled Alexander Hamilton. Chernow is noted for his insights on financial history. Thomas Kail was nominated for the Best Director of a Musical Tony for In the Heights but finally won for Hamilton. Andy Blankenbuehler (choreography) and Alex Lacamoire (orchestrations) both won Tony Awards for both Miranda musicals. 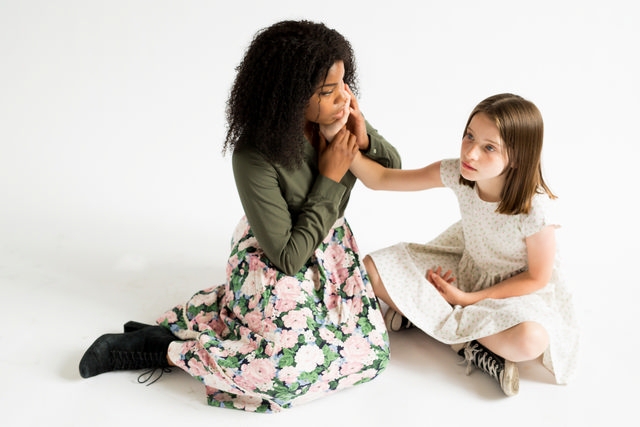 The Miracle Worker
Sept. 14-Oct.14
Yellow Tree Theatre, 320 5th Ave., Osseo
763-493-8733
www.yellowtreetheatre.com
Patrick Coyle is unique in Twin Cities show business. A wonderful actor, he was named Lavender‘s Best Actor for The Fourposter at the Jungle in ’02. He has excelled as playwright-director (Original Theatre’s Leitmotif), as well as an accomplished filmmaker (Detective Fiction, Into Temptation). Coyle says that certain films seen during his youth profoundly affected him and shaped his artistic sensibility: To Kill a Mockingbird, The Hustler, West Side Story, and The Miracle Worker.
It was the 1962 film of The Miracle Worker that was Coyle’s original deep, if not primal, connection to the 1959 William Gibson play. It is that play which he has been in the process of directing for Osseo’s Yellow Tree Theatre. He reflects, “I watched Patty Duke and Anne Bancroft in The Miracle Worker film for the first time when I was no more than six or seven. I walked away from that experience with insight I wasn’t able to articulate until years later: great art has the power to change people. I was so moved by The Miracle Worker I was actually a different kid when I finally went to sleep that night.”
Coyle says the script is honest and well-designed and that the story of teacher, Annie Sullivan, and deafblind student, Helen Keller “is powerful. Film director Arthur Penn’s 1962 production is gorgeous. But what hit me between the eyes all those years ago—and what still rivets me to a film or stage play—is great, transcendent acting. Those performances have stuck with me all these years later.”
Coyle auditioned over 130 actors for the roles and is thrilled over his two leads: Kiara Jackson as Annie Sullivan and Catie Bair as Helen Keller. Gibson’s script, aside from from being compelling, has been exponentially influential. It’s a bona fide classic that is one of the most widely known plays among people who ordinarily wouldn’t even go to a theater.
Persons with disabilities have become recognized in our society as important contributors to the social fabric and to the national economy. Gibson actually began the development process for The Miracle Worker as a teleplay for Playhouse 90 in 1957. Since then, great strides have been made in the U.S. for persons with disabilities, with the Americans With Disabilities Act signed into law by President George H. W. Bush in 1990. The visibility of and education about disabilities is the key to continued success and the continued popularity of a play like The Miracle Worker empowers that. 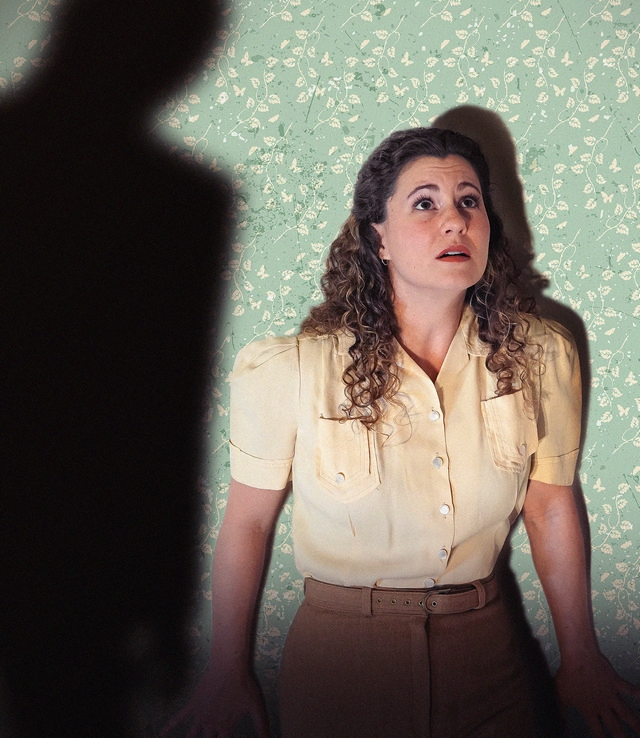 Wait Until Dark
Through Sept. 30
Theatre in the Round, 245 Cedar Ave., Minneapolis
612-333-3010
www.theatreintheround.org
If you’ve ever seen Frederick Knott’s 1966 thriller on stage or film, you recall it is set in the same period it was written. However, playwright Jeffrey Hatcher has changed the historical context. It portrays the nightmare experience of a blind woman trapped in an apartment with three male criminals.
Alissa Blaeser is directing Wait Until Dark for Theatre in the Round Players. She says, “I love that by Hatcher moving the play to 1944 instead of the ’60s, it puts us right in the thick of World War II. All the men have more backstory that tells us why they aren’t fighting in the war. Another big advantage to this version is he’s made it a little less complicated than the original. There are less scene changes. Act I is made up of two scenes, and Act II runs straight through, while the original has five to six total scenes.”
Wait Until Dark’s lead role of Susy is a juicy one. Lee Remick was nominated for the Best Actress in a Play Tony Award. Audrey Hepburn was nominated for the Oscar for the film version. Heather Burmeister plays the lead at TRP. Blaeser teases that there is one large change in the Hatcher adaptation, but she can’t tell us about it because it gives something away. 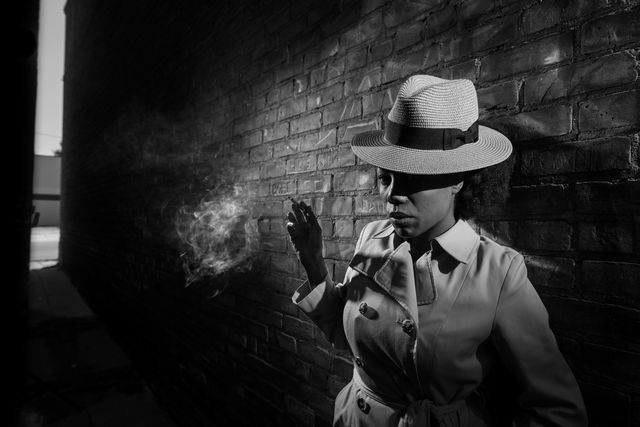 West of Central
Sept. 14-Oct. 14
Pillsbury House Theatre, 3501 Chicago Ave., Minneapolis
612-825-0459
www.pillsburyhousetheatre.org
Christina Ham has written two notable stage plays: Crash Test Dummies and Nina Simone: Four Women. Now her latest looks just as promising. In West of Central, set in 1966 after the Watts race riots in Los Angeles, acclaimed actress of Penumbra Theatre fame, Austene Van, plays detective Thelma Higgins. Co-actor Harry Waters Jr. plays a man whose life may be in danger as events unfold. Ham has a gift for taking highly charged political matter and shaping it into stage actions that hold an audience in its grip. She doesn’t fall into didactic patterns. Instead, she engages, entertains and moves.
The Watts Riots began in August 1965, when two white policemen and a black man suspected of driving while intoxicated came into contact in the Watts neighborhood. A crowd gathered around and many saw the situation as an act of police aggression. This spurred on riots spreading over a 50 square miles in South Central Los Angeles. Looting, beatings, buildings set afire, and shootings raged forth. After five days of ferocity, 34 people died, over 1,000 were injured, over 3,500 were arrested, and property destruction amounted to $40 million in damages.